Home VW Powered by the Sound of Olympic Cheers

VW Powered by the Sound of Olympic Cheers 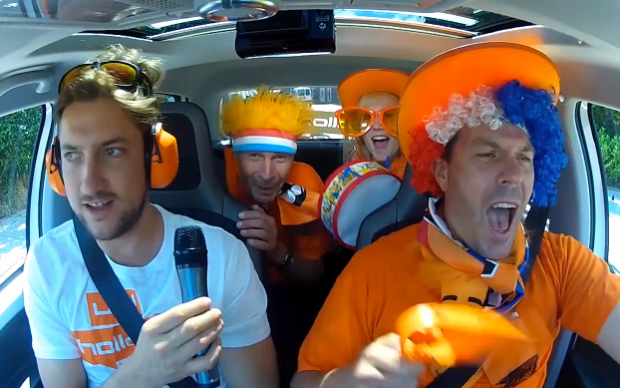 Ad agency Achtung, Netherlands, created a brilliant little stunt for Volkswagen. To give London the most fanatic and loud Dutch Olympic team supporters, the agency created an “orange-motion technology” that powers the car by noise.

The special edition Volkswagen up! has a decibel recorder linked to the accelerator. Cheering sounds within the car are converted into motion, so the louder the cheering, the faster the car moves. There are some safety features that limit the speed at 30 km per hour, and a second set of pedals for a co-driver. Daily competitions in the Netherlands will ask enthusiastic Dutch fans to try to race the vehicle through their cheers on a 100-meter track, to win tickets to the Olympics.