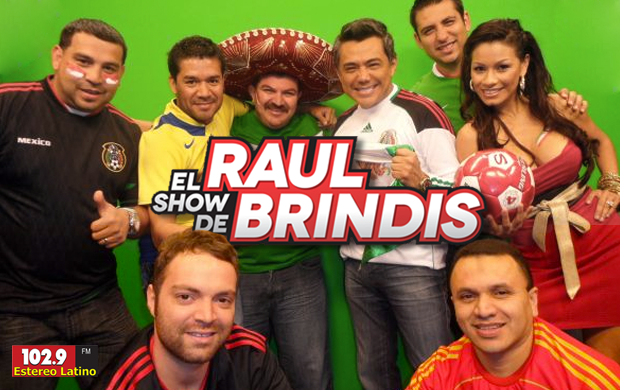 For more than a decade Raul Brindis has hosted one of the top rated radio programs in Houston – an admirable feat for any show, much less a Spanish language broadcast.

A native of Mexico, with a degree in Civil Engineering, radio wasn’t always his goal. In fact, Raul dreamt of becoming a classical pianist or pro soccer player. Only after winning a radio singing contest, and being told by the station manager that he had “a strong speaking voice”, did he begin to pursue a career on-air fulltime.

Weekday mornings from 5 to 11, listeners tune in to El Show de Raúl Brindis y Pepito (102.9 KLTN) for a fun and high energy start to their day with a familiar cast of characters including Pepito, Caraturky and Columba.