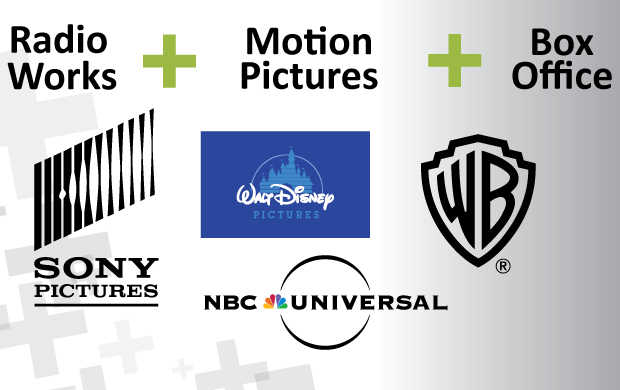 Marketing Objective
During the competitive summer season of blockbuster films, one of Hollywood’s biggest studios was aiming for box office success for their new motion picture. Their strategy was to drive awareness and excitement for the movie by using a robust, multi-media campaign incorporating radio.

The Radio Solution
In the week leading into the movie’s premiere, the studio utilized radio advertising to build upon awareness generated by the trailer, television and internet.  The radio campaign ran in the top 40 U.S. markets (at 125 GRPs/week).

Results
The movie was the top grosser at the weekend box office, and radio was found to have driven incremental awareness and ticket sales.  Compared to moviegoers not reached by the radio campaign, radio-targeted moviegoers were:

Methodology
Katz Marketing Solutions commissioned Ipsos MediaCT to conduct online interviews with 600 moviegoers (who reside in the same geographic footprint as the radio campaign) at the conclusion of the campaign. Data comparisons are based on consumers exposed to the radio campaign (and the other marketing channels) vs. consumers who were only exposed to the other marketing channels.