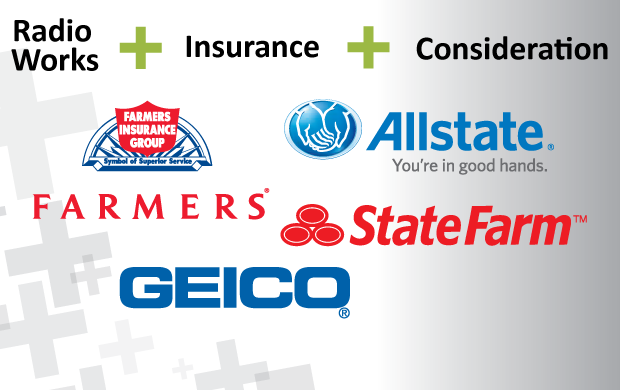 Marketing Objective
A leading U.S. insurance company wanted to gauge the consumer receptiveness to a particular product offering, before rolling out their campaign nationally.

The Radio Solution
Radio was the exclusive medium used to promote the insurer’s product offering.  The campaign, featuring two unique :60 spots, ran for 12-weeks in a test market in the Southern United States.

Methodology
Katz Marketing Solutions commissioned Ipsos MediaCT to conduct online interviews with 600 insurance prospects (who reside in the same geographic footprint as the radio campaign) at the conclusion of the campaign. Data comparisons are based on consumers exposed to the radio campaign (and the other marketing channels) vs. consumers who were only exposed to the other marketing channels.