Posted 11 years ago by admin 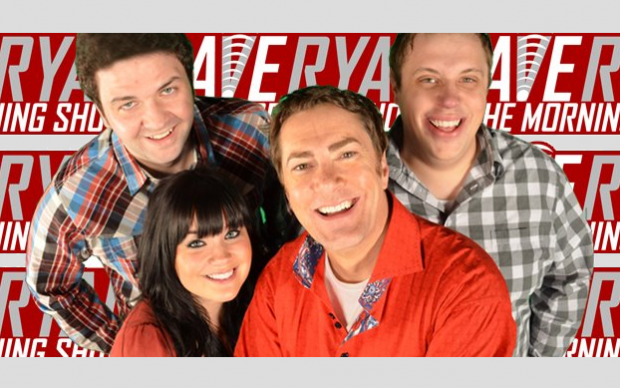 An over-grown 15 year old boy, Dave’s rampant immaturity is apparent off the air as well as on. He still rides skateboards and flys a private plane but we can’t find anyone who’d go for a ride with him. He talks endlessly about his four kids and how cute and smart they are and his wife Susan has put up with him since 2001. Apparently he faked his way into MENSA and often reminds people of his membership as his way to settle an argument. He’s been doing mornings at KDWB since 1993. Joining Dave every morning include his co-host Falen, his executive producer Steve-O, sidekick Crisco and assistant producer Katie.

Daily features on The Dave Ryan show include:

War of the Roses: A person in a committed relationship that believes that he or she is being cheated on is silent on the phone while Dave calls the suspected party using a ruse to get them to talk – usually claiming that the suspect has just won a free dozen roses.

The One That Got Away: callers will ask the radio station to track down a past boyfriend or girlfriend of theirs to see what they’re up to.

Cheaters Club: A listener who has been cheated on describes his or her past relationship (the one that was unfaithful) and others call in who have played a roll.