Knowing the power of sound to shape brand identity, enhance consumer engagement and increase brand awareness, it comes as no surprise that audio driven work takes home its share of 2013 Cannes “Lions.” We’re convinced that the strategic use of sound will play an increasingly important role in brand marketing. Here’s a sampling of four winners that we think stood out from the crowd:

“Tree Concert” was created to increase awareness about Berlin’s shrinking chestnut tree population. After selecting a large chestnut tree in Monbijoupark, a number of polymer structures were installed at its base. Each of the structures was designed to respond to the impact of falling chestnuts with sound and light effects, so that through the course of the installation, the tree actually produced a musical performance.

Metro Trains created a unique public service announcement that would reduce train related accidents. The campaign was fueled by a catchy little ditty called “Dumb Ways to Die.” An animated video was created for the music and then posted on YouTube. Within a week, the video had been viewed 20 million times (it’s currently approaching 50 million hits). Within a month, it was charting on iTunes in 28 countries and played on radio stations worldwide. Even more importantly, there was a 21% reduction in accidents and deaths.

Kontor Records wanted to promote new DJ tracks to the adverting industry. How do you break through the clutter of everything the comes across the desk of a creative director? Simple. Send them your music on vinyl. But how many creative directors have turntables in their offices? No problem. A smartphone and a QR code you to “play” the record on the mailer in which it was sent. 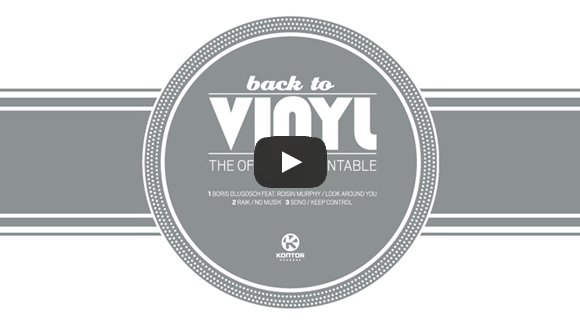 Absolut Vodka: asked the question, “What does Absolut sound like?” Absolut created a radio show in Columbia focused on electronic music where none existed before. Using social media channels and a custom designed Facebook app, fans were asked by DJs to create their own remixed versions of the branded “Absolut Greyhound” theme created by Swedish House Mafia. The remixes were evaluated by the DJs, with the winning remix (as determined by the DJs neurological response to each of the entries) landing its producer a trip to Stockholm to assist SHM in concert.