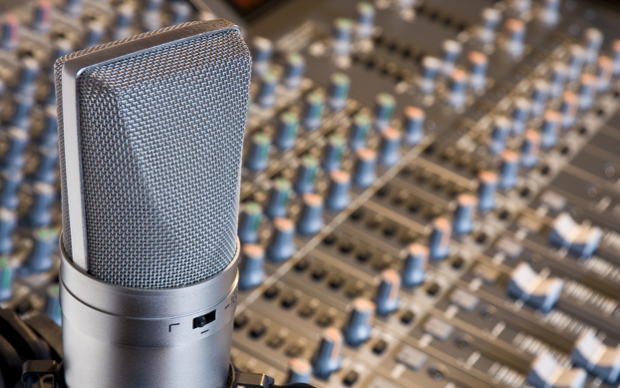 When it comes to how Americans consume media, a surprising fact to some emerges: people still love radio. Perhaps that shouldn’t be surprising as more than 235 million people tune in to radio each week. But a new landmark study shows that radio is second only to television—and a very close second—in how much time the average person actually spends with each medium.

The $3.5 million Nielsen-funded study, conducted by Ball State’s Center for Media Design with oversight by the Council of Research Excellence from which this data was extracted, is the most comprehensive study of media usage ever conducted on the audio consumption habits of U.S. consumers. All told, the study generated data covering more than three quarters of a million minutes, or a total of 952 days observed, of media consumption.

It becomes quickly apparent that radio holds a special place among media consumers. Broadcast radio is the dominant form of audio media at home, work and in the car. In fact, a remarkable 77 percent of the population listens to broadcast radio each day for an average of 109 minutes, or just shy of two hours, according to the study.

Among key advertising-based media platforms, live television had the highest reach and daily usage at 95.3 percent for 331 minutes a day, but broadcast radio far exceeded the Internet at 63.7 percent and 77 minutes, newspapers at 34.6 percent and 41 minutes, and magazines at 26.5 percent and 22 minutes.

More than 90 percent of adults are exposed to some form of audio media on a daily basis, with broadcast radio having by far the largest share of listening time. And while the perception is that younger listeners are abandoning radio for iPods and MP3 players, the reality is that 79 percent of 18-34 year-olds are listening to radio every day— for a an average of 104 minutes. Only 20 percent of the younger demographic that advertisers often target, listens to iPods or MP3’s daily, and among those who use MP3s, 82 percent still listen to broadcast radio for more than 90 minutes a day.  What’s more, almost half (46%) of those observed listened exclusively to broadcast radio and had no exposure to MP3’s, satellite radio, streaming or stored digital music on a computer.

Even among younger demographics, broadcast radio is the second-biggest medium behind television, reaching almost 80 percent of 18-34-year-olds a day, versus 76 percent on the Internet, 21 percent who read newspapers and just 18 percent reading magazines. In terms of share of time against the total media universe, broadcast radio is also the #2 medium to TV with a 21 percent share, compared to 15 percent for the Internet, and one percent each for newspapers and magazines. As for satellite radio, just 15 percent of the population listens to satellite radio daily for 81 minutes a day. Interestingly, almost 90 percent of those that do listen to satellite also tune in to broadcast radio each day—for an average of 109 minutes.

The study arrives at a critical juncture for the advertising community. Many have been clamoring for research to clarify the impact digital audio alternatives are having on broadcast radio. The study’s methodology used the gold standard for media research— personal observation—as participants were monitored every 10 seconds from the time they woke up to the time they went to sleep over a two-day period. What makes the results of this study more compelling is that the radio industry was not involved in its funding or its methodology. Earlier this year speaking of the Video Consumer Mapping Study, from which this audio data was extracted, CRE Media Consumption and Engagement Chair Shari Anne Brille of Carat stated, “Nothing of this magnitude has ever been attempted before and we expect that our entire industry will benefit from this game- changing work for years to come.”  We agree.

What this study reveals is what we inside the radio industry have known all along and that’s that radio remains among the most powerful ways for advertisers to reach a large audience. Radio is alive and well, and, in many ways, more relevant than ever.