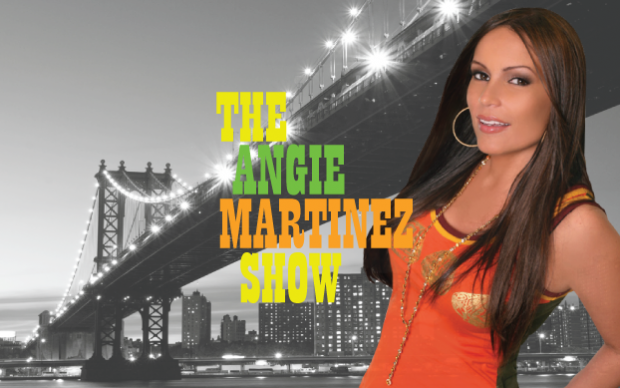 Angie Martinez is the Brooklyn born afternoon show host on New York’s Hot 97. Known as “The Voice of New York”, her radio show has consistently been ranked #1 with more young listeners than any other radio station in the country.

Angie has become the “go to” person for important interviews. The Angie Martinez show has visits from Kim Kardashian, Chris Brown, Lil Wayne and countless other entertainment heavyweights. When asked for her most memorable interview, Angie recalls President Barack Obama officially recognizing her as “The Voice of New York.”

In addition to radio, Angie has released two albums. Martinez was encouraged to give rapping a shot by friend KRS-One. Lil Kim, offered her a spot on her song “Ladies Night” along with Missy Elliot, Lisa “Left Eye” Lopes and Da Brat. The ladies enjoyed one of the most successful singles of 1997. The single sold over 1,000,000 copies and was certified Platinum and nominated for two Grammys.

Angie has appeared in several films and television shows and was one of the faces of Cover Girl’s Queen Collection campaign. Currently, you can catch Angie on the “Food for Thought” interview specials on BET most recently featuring conversations with TI, Jay-Z and 50 Cent.