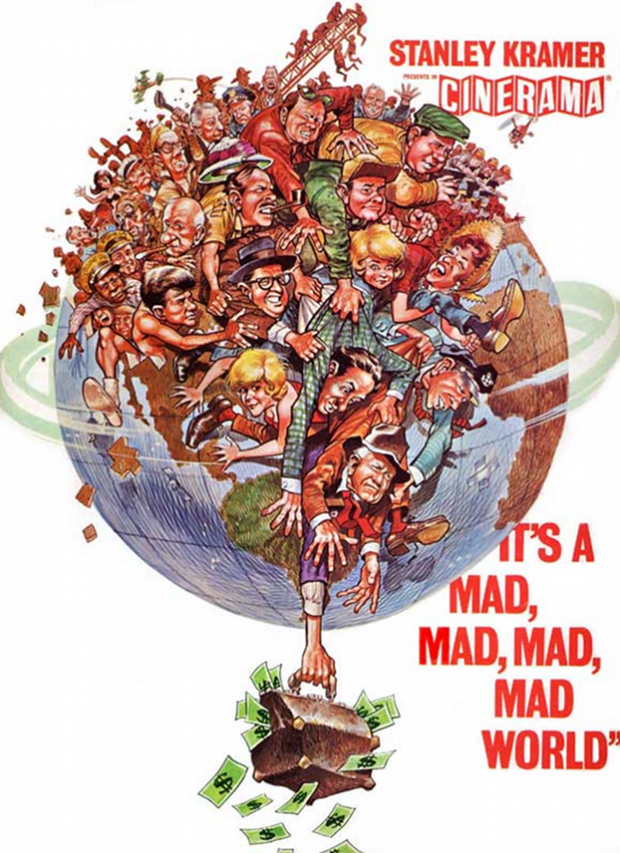 In 1963, the classic movie “It’s a Mad, Mad, Mad, Mad World” debuted, featuring a cast of characters all searching for $350,000 in stolen loot that was buried under a “Big W.” After all the zany antics to find it, it turned out that everyone had overlooked the obvious, and the money was hidden in plain sight.

Perhaps that’s somewhat comparable to what’s going on in marketing today. Sure, there are a plethora of new and potentially effective media options available. But we may be inadvertently making the planning process more complex than necessary by overlooking the obvious, a proven medium that easily ranks as one of the most effective ever devised.

Popular Mechanics recently published a list of the 101 top gadgets that changed the world, and this “gadget” ranked #2 behind the smartphone and ahead of television (#3), the personal computer (#5), the telephone (#7) and the light bulb (#10). This medium has stood the test of time and helped build thousands of businesses across this country. It has helped sell billions of dollars worth of products over the years. And similar to the “W” in the movie, it remains hidden in plain sight and overlooked by too many.

That medium is radio.

In truth, there are no new metrics in the media world. Regardless of the delivery platform, it still boils down to “who,” “what,” “where,” “when,” “for how long” and “did my message register?”

Who: 93% of the population (242 million people) across the country, including both genders and all ages, listen to radio across multiple platforms each week. The recently published 2011 Arbitron/ Edison study and others concluded that even those who stream audio spend more time with terrestrial radio than the average listener, so it’s not an “either or” issue when it comes to terrestrial or streaming.

What: What do consumers think about radio? According to the same Arbitron/Edison study, 75% of those 12 and older and 89% of heavy radio users said they would be disappointed if their favorite station were to disappear. Incredibly, 69% said they “like or love” local AM/ FM radio, which ranks ahead of such notable online companies such as YouTube, Facebook, Hulu and Twitter. Not bad for a medium that’s almost 100 years old.

Where/When: It’s simple: Radio is available wherever and whenever consumers want it, throughout the day, in the home, office and car and via mobile. A lot of listening is done in the car, which is where 68% of consumers make purchasing decisions while driving, according to the 2009 Arbitron National In-Car study.

There are millions of people who daily jump in their car during lunch hour to run errands, and radio is right there with them, and they’re usually a captive audience. Radio not only delivers a message in a timely fashion but also at a time when the listener can act upon that messaging.

How Long: According to PPM, listeners spend several hours each day listening to radio. The latest data from GfK MRI shows radio listening to be close to three hours per day.

Message Registration: Radio is one of the most complete message delivery vehicles available to advertisers. Unlike print, which requires total attentiveness, radio messages can also be absorbed passively as well as implicitly — a distinct advantage for radio.

It’s a mad, mad, mad media world, with many of us moving so fast that the obvious can be overlooked.

Ironically, it was the character in the movie who took a step back that found the jackpot Now might be a good time to take a “step back” and re-evaluate how radio can enhance virtually any marketing program.

There’s a lot of loot to be made if you do.