Home Have You Heard A Good Joke Lately?

Have You Heard A Good Joke Lately? 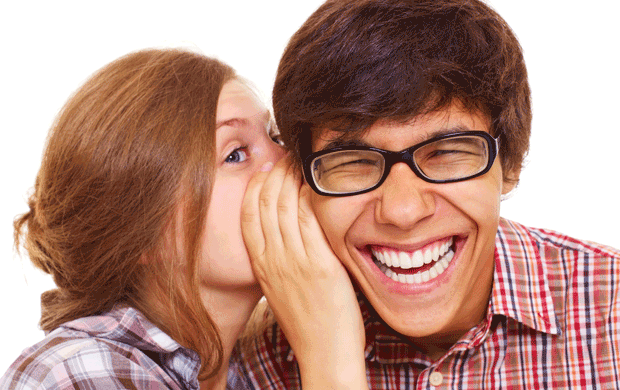 When we laugh at a joke or funny story, what causes the laughter? The speaker’s delivery, possibly. The setup, maybe. But more than likely, it was because we were able to visualize the scenario described. We’ve all muttered “I could just picture that.” And whether we’re conscious of it or not, we all have experienced firsthand our ability to generate pictures — not on paper, canvas or screens, but in our mind’s eye based upon what we hear.

The Elizabethans understood the impact of what we hear. They described language as “decorated silence.” For centuries, poets have long appreciated the incredible power of words — both written and spoken — to influence our emotions. Helen Keller, a woman who overcame incredible sensory obstacles, also understood the importance of what we hear when she wrote: “Deafness is a much worse misfortune than blindness for it means the loss of the most vital stimulus — the sound of the voice that brings language, sets thoughts astir and keeps us in the intellectual company of man.”

Our brain is the world’s most powerful screen, and our memories are comprised of pictures and words. We daydream, recall and reflect largely in pictures. And the spoken word and music often trigger these visuals, all without the benefit of a single pixel or screen. The best part is that these pictures can’t be fast-forwarded, DVR’d, turned off, or — more importantly — completely ignored.

We’ve seen this same phenomenon recently in several different research studies that we have conducted. We asked respondents to jot down what popped into their heads after exposure to either an audio clip from a TV commercial or a short audio clip, such as Taco Bell’s “bong” sound. They gave detailed and emotional descriptions of the advertisers’ products, their messaging, and mascots (past and present) after listening to the audio triggers. Some audio clips included only a word or two, while others contained only music. The fact is, what we hear often brings to mind vivid recollections of previous exposure to TV commercials. This confirms again that it’s possible for “branding” to occur without any copy, artwork, video or visuals.

To better appreciate the ability of sound to generate pictures, try closing your eyes during a TV commercial break or even leave the room and just listen. (That’s how a considerable amount of television advertising is experienced these days anyway.)

Ask yourself a couple of questions:

-What popped into my head based upon what I just heard?

-What mental images did I just experience?

If the sound of the human voice is capable of “setting thoughts astir,” as Helen Keller so eloquently wrote, then it only stands to reason that an audio-based medium such as radio would be a helluva place to “stir up” sales for any product.