Posted 11 years ago by Bob Case 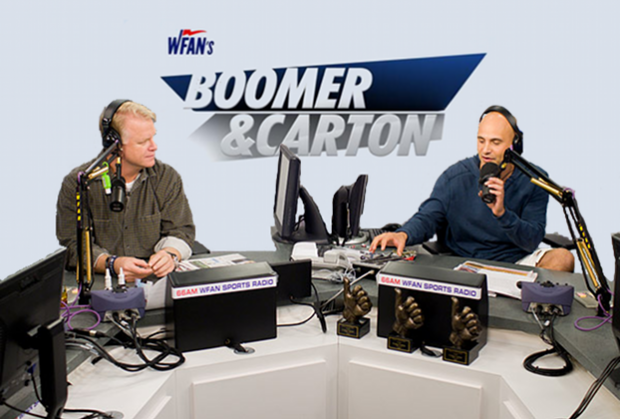 The show debuted in 2007 and has been simulcasting on MSG network since 2010. It is currently the most popular morning radio show among young men in New York City.

Recurring bits on the show include “Rat Of The Week”, “Boomers Ebay Item”, ”Cartons Jeopardy”, “Boom Jovi” and “Girl Of The Week”.

In the fall of 2008, after a week of berating the NY Giants, Carton guaranteed they would lose to the despised Dallas Cowboys. After the Giants won Carton was forced to walk the Brooklyn Bridge holding a sign reading “Any Given Sunday” and wearing only a Speedo. After the stunt, Carton quipped “It’s an experience I will never do again”. On January 8, 2010, Carton repeated the stunt this time in the colors of the New York Jets, following Carton’s earlier claim that the Jets would not make the playoffs.