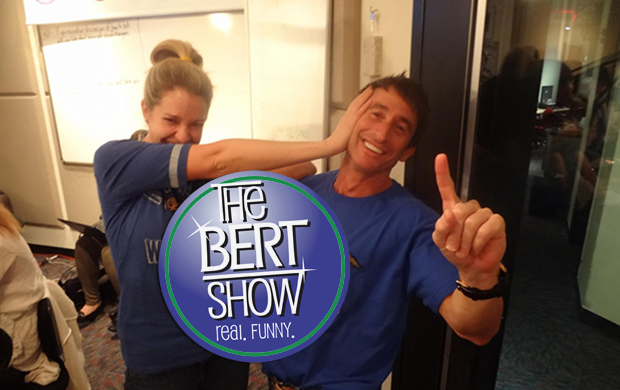 Rated a dominant number one in all the key demographics, Q100’s Bert show is an ensemble cast led by ringleader Bert Weiss. Bert keeps the show moving, is a sounding board for millions of listeners and wears his heart on his sleeve.

Kristin Klingshirn is the News Director and Co-Host, she’s an open book who may be flawed, but encourages listeners to be better people and laugh at ourselves. Jenn Hobby is the Entertainment News Director, she’s just one of the girls who shares personal stories, cry’s a little, laughs a lot and of course swaps Hollywood gossip! Executive Producer Jeff Dauler stirs it up, keeps it real and make jokes. Sometimes the jokes aren’t funny. Tracey Kinney is the mom of The Bert Show crew. She makes sure all of the Ts get crossed and the Is get dotted behind the scenes to keep the show running smoothly.

As a testimony to the power of The Bert Show, they hosted a promotion at Six Flags where any listener to arrive between 6am and 9am was to be admitted free for the day. The cars began arriving by 3:00am. By 6:00am, the park had already reached capacity, and Six Flags officials shut the gates. Police closed exits leading to the theme park. Children whose parents dropped them off along the interstate on their way to work were stranded. The ensuing traffic jam wreaked havoc on I-20 and snarled Atlanta’s west side for hours.